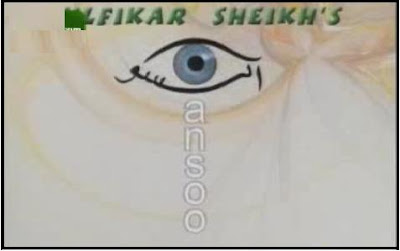 Sami Khan [Noman Aijaz] is a Pakistani guy who falls in love with a British born girl Sofie. Sofie gets marry to Sami Khan and moves to Pakistan. In the beginning, everything goes fine but when Sofie gives birth to a baby girl that brings the tension because Sami wanted a baby boy. They have 2 daughters, Imaan [Tasmina Sheikh] and younger daughter Isha [Maheen]. They quarrel quite often and Sofie can’t adjust herself in different culture and surroundings anymore and she moves back to Scotland. Imaan stays with her father and Sofie takes Aisha along.

Sami Khan has a sister Aaliya. She is married and has a son Saram [Asad] and they live in Scotland.

Dr. Ahsan [Talat Hussain] gets marry to a Pakistani woman Sadia [Shagufta Ejaz] because his mother forces him to marry her. They have a son Aryan [Zulfikar Sheikh]. Dr. Ahsan moves to Scotland and leaves Sadia and Aryan alone in Pakistan. He gets marry to another woman Amna [Sakina Shamoon] but they don’t have any child. Dr. Ahsan goes back to Pakistan after 2 years and takes away his son from Sadia and gives her divorce.

Sadia wants her son back and decides to fight for her rights. She moves to Scotland in search of her son. Then Amna come to know that she is expecting a child and she gives birth to a baby boy Denial [Nabeel].

One day Sadia finds out about Dr. Ahsan and talks to his 2nd wife and gets a nanny’s job in his house and takes away Amna’s son very first day to take revenge.

After 22 years, Aryan and Denial turn out to be friends. Aryan becomes a doctor just like his father and Denial studies for MBA and they fall in love with the same girl – Isha.

Saram is an easy going guy and loves music. He plays guitar and keyboard and he falls in love with Imaan.

Imaan lose her self confidence and becomes very confused and disturb. She feels very lonely, sad and thinks that her mother doesn’t love her. Mean while Isha grows up as an independent girl. She gets her mother’s love and studies Law.

The drama is very entertaining and story takes turns all the way which makes it interesting. It shows the consequences that the children have to face after their parents’ separation.

I must recommend this drama to you. If you like romance and comedy then I think you should go for it.